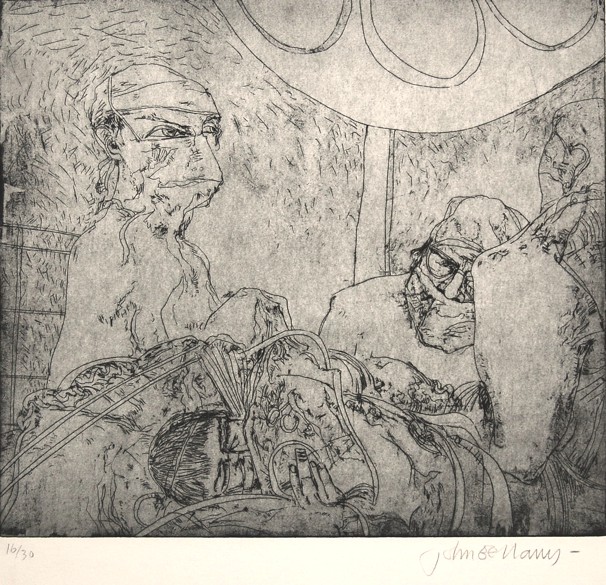 From the Daily Telegraph’s obituary of John Bellany:

His darkest and best work grew out of a tumultuous and fertile period in the early Eighties when, in contrast to his declining mental and physical health, his artistic standing only rose. He suffered liver failure in 1984; Juliet [Bellany’s second wife] committed suicide in 1985; and his father died just months later. In 1988 he survived a pioneering liver transplant. His surgeon was Sir Roy Calne, who was impressed with Bellany’s remarkably speedy recovery – he was the only patient the doctor had known to return to work the day after surgery.

The etching is printed on a ivory sheet of handmade paper measuring 65 x 63 cm.