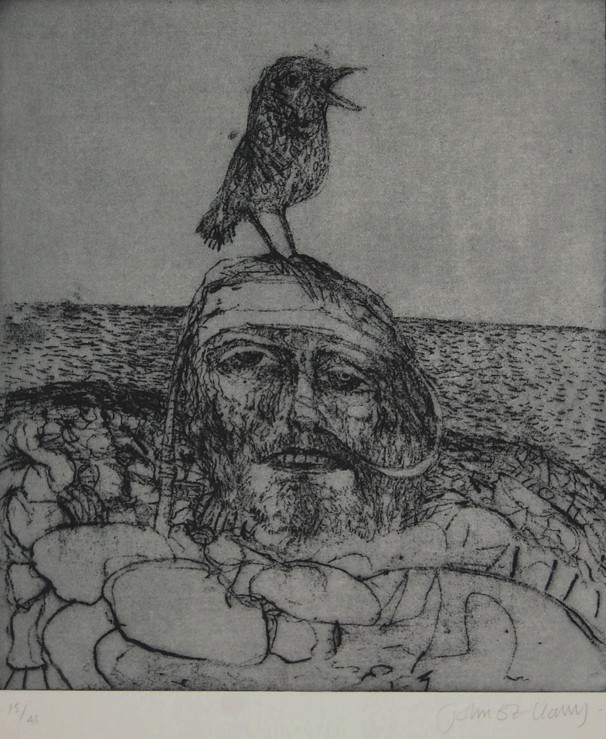 One of the series of prints known as the Addenbrokes series after the hospital in Cambridge where Bellany underwent a major operation.

From the Daily Telegraph‘s obituary of John Bellany:

“His darkest and best work grew out of a tumultuous and fertile period in the early Eighties when, in contrast to his declining mental and physical health, his artistic standing only rose. He suffered liver failure in 1984; Juliet [Bellany’s second wife] committed suicide in 1985; and his father died just months later. In 1988 he survived a pioneering liver transplant. His surgeon was Sir Roy Calne, who was impressed with Bellany’s remarkably speedy recovery – he was the only patient the doctor had known to return to work the day after surgery.”

Birds are a frequent motif of Bellany’s work, though they are more often seabirds than the thrush (or robin?) in this wonderful image.  The bird perched on the artist’s head is reminiscent of the fishes often shown balanced on the heads of his female subjects.

The etching is printed on a ivory sheet of handmade paper measuring 65 x 53 cm and marked 13/45.