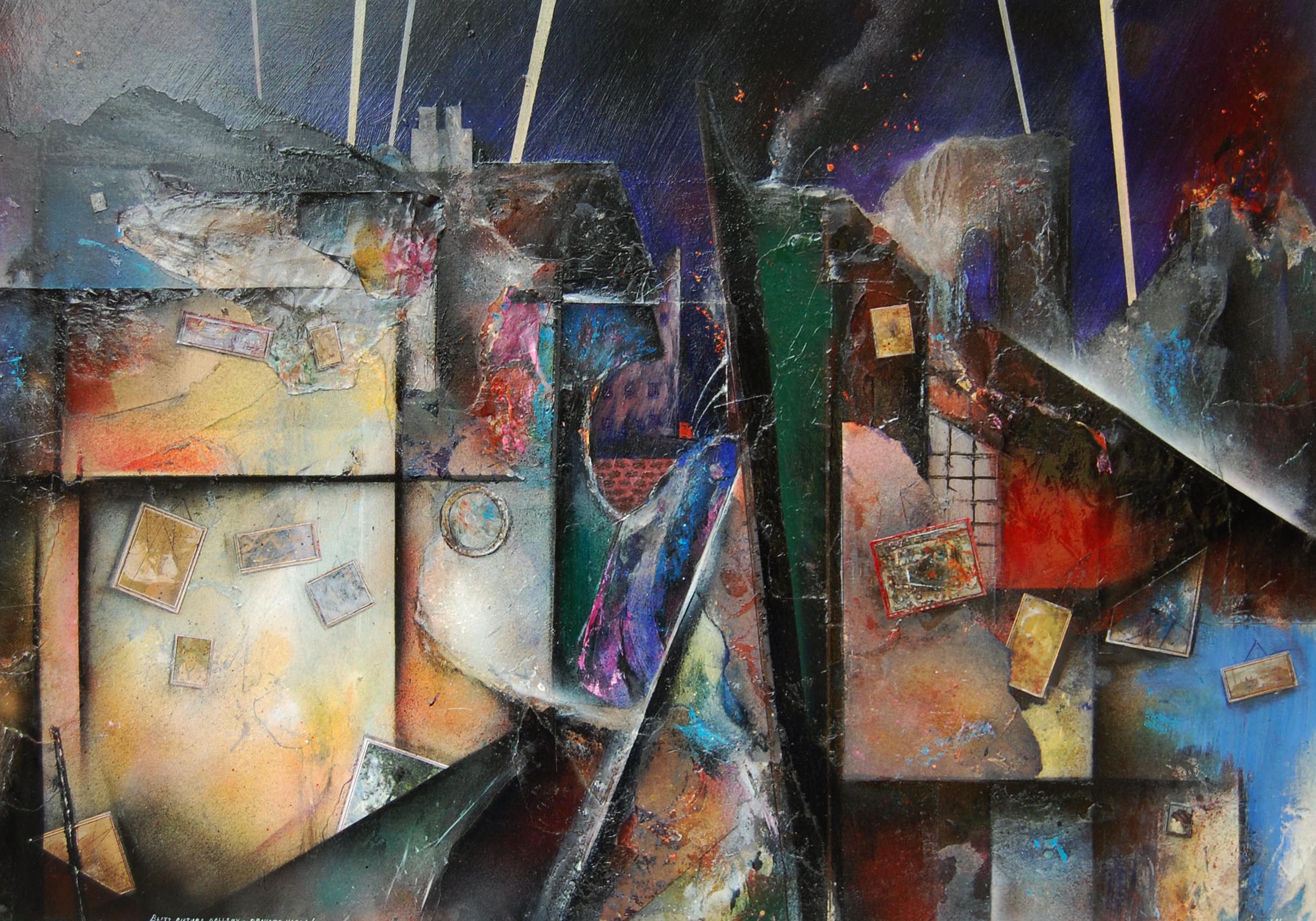 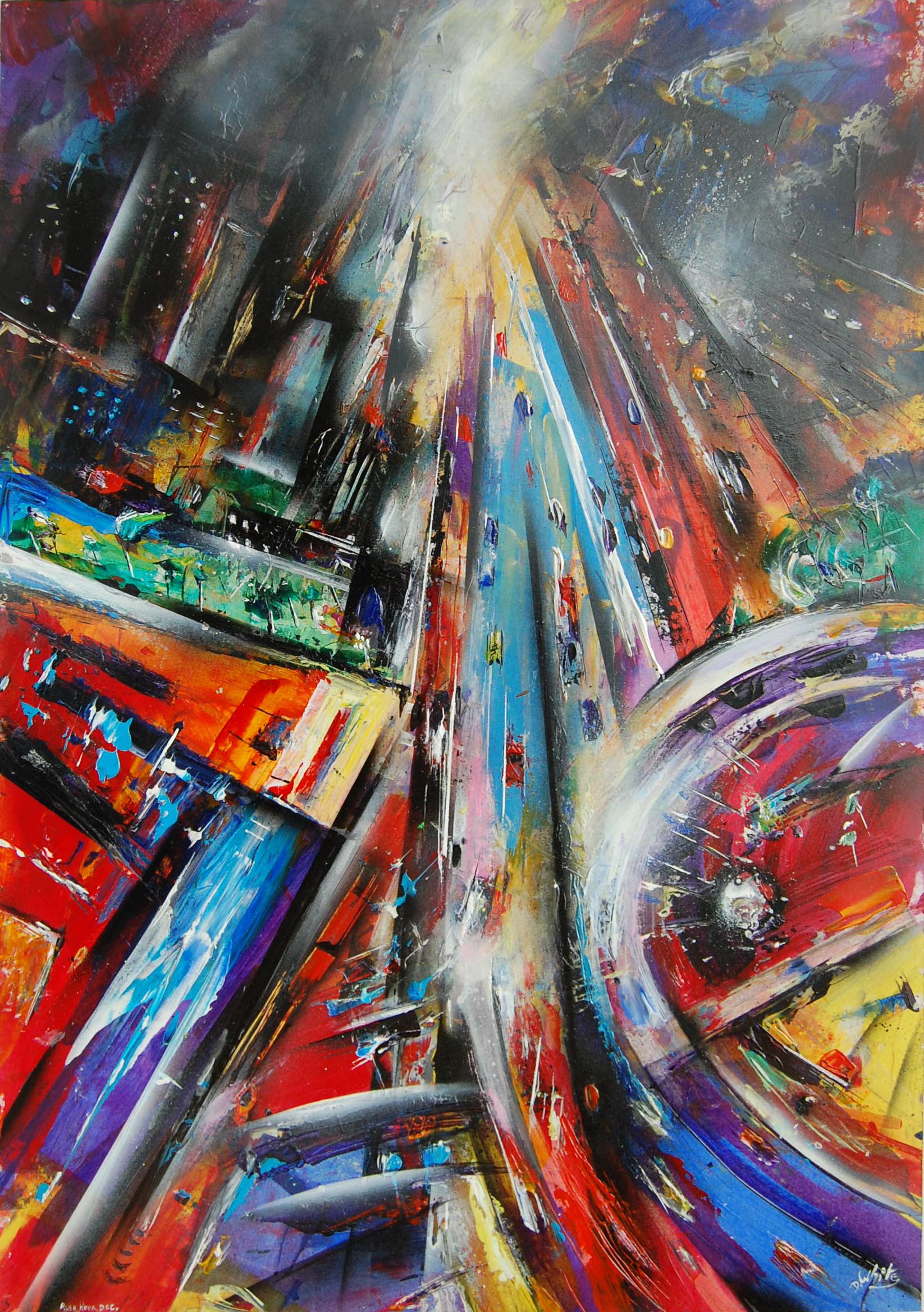 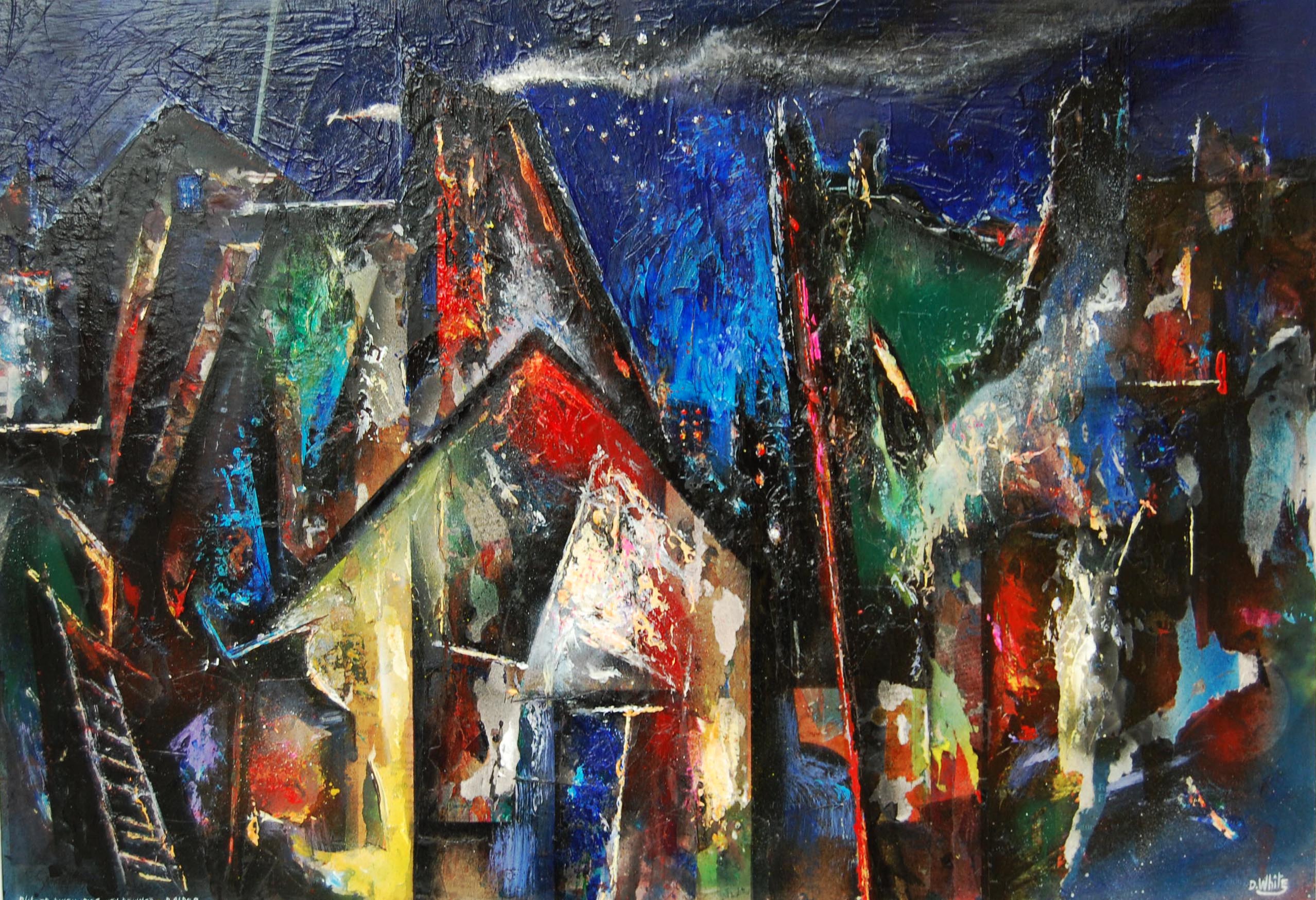 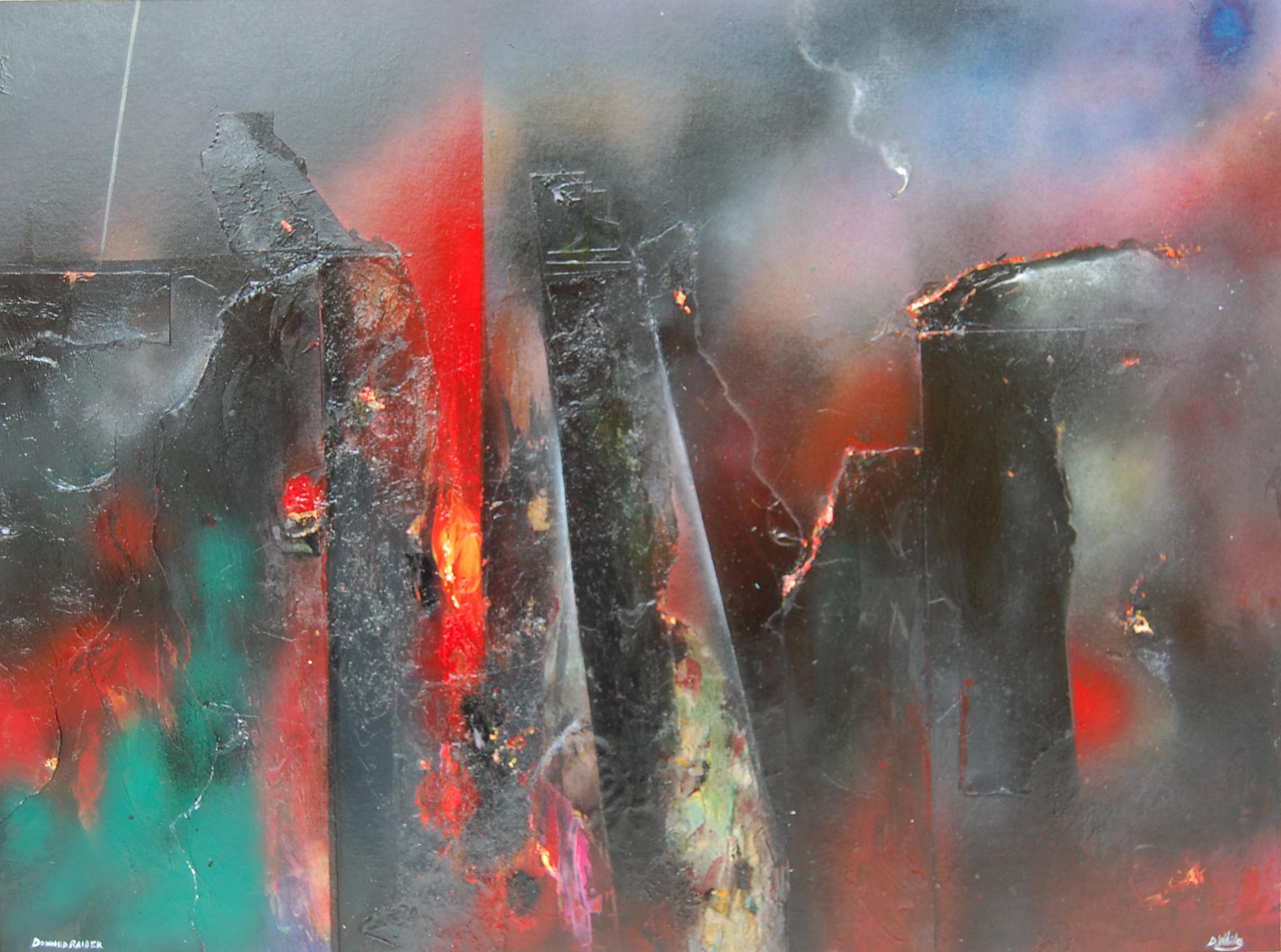 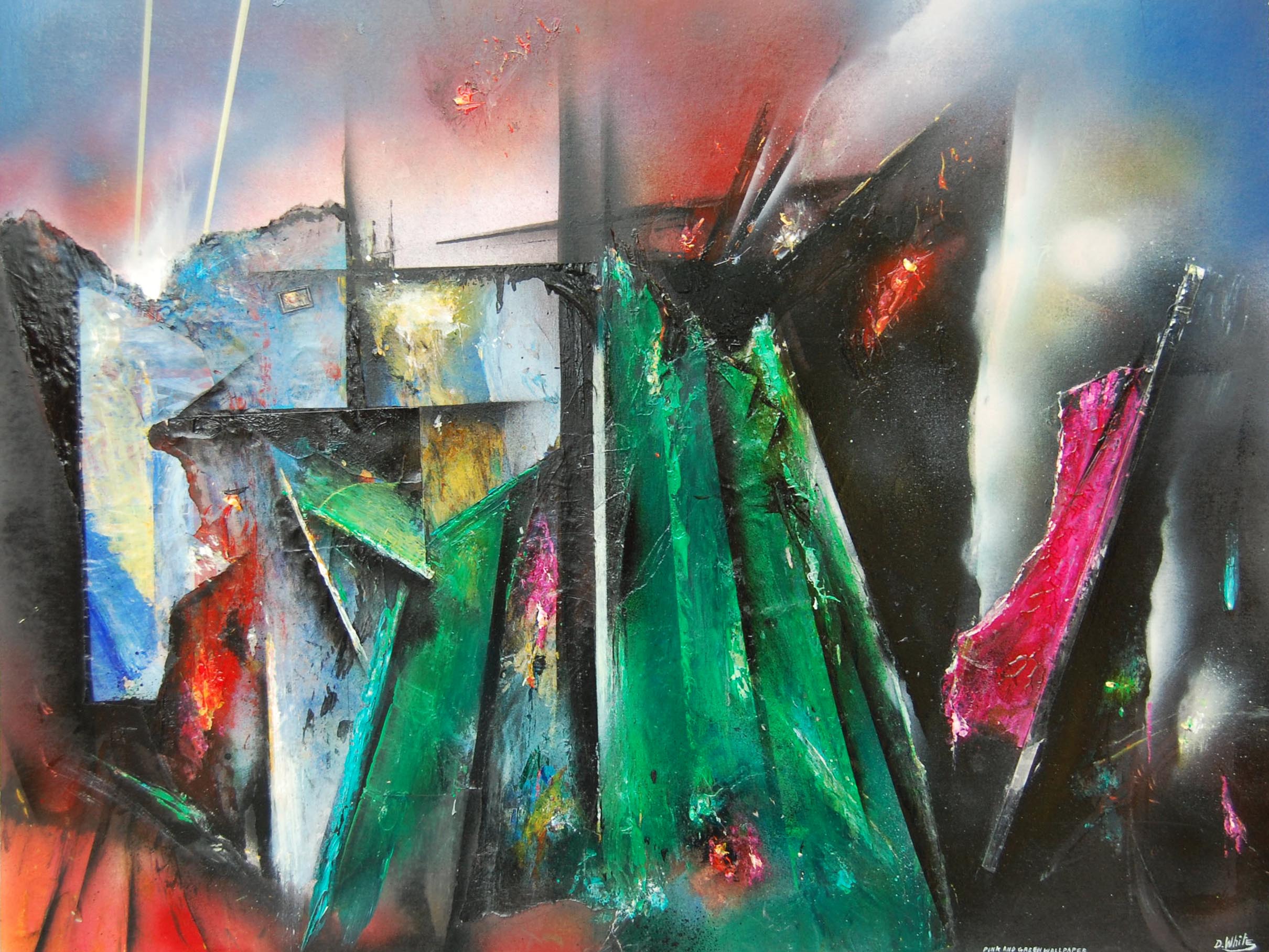 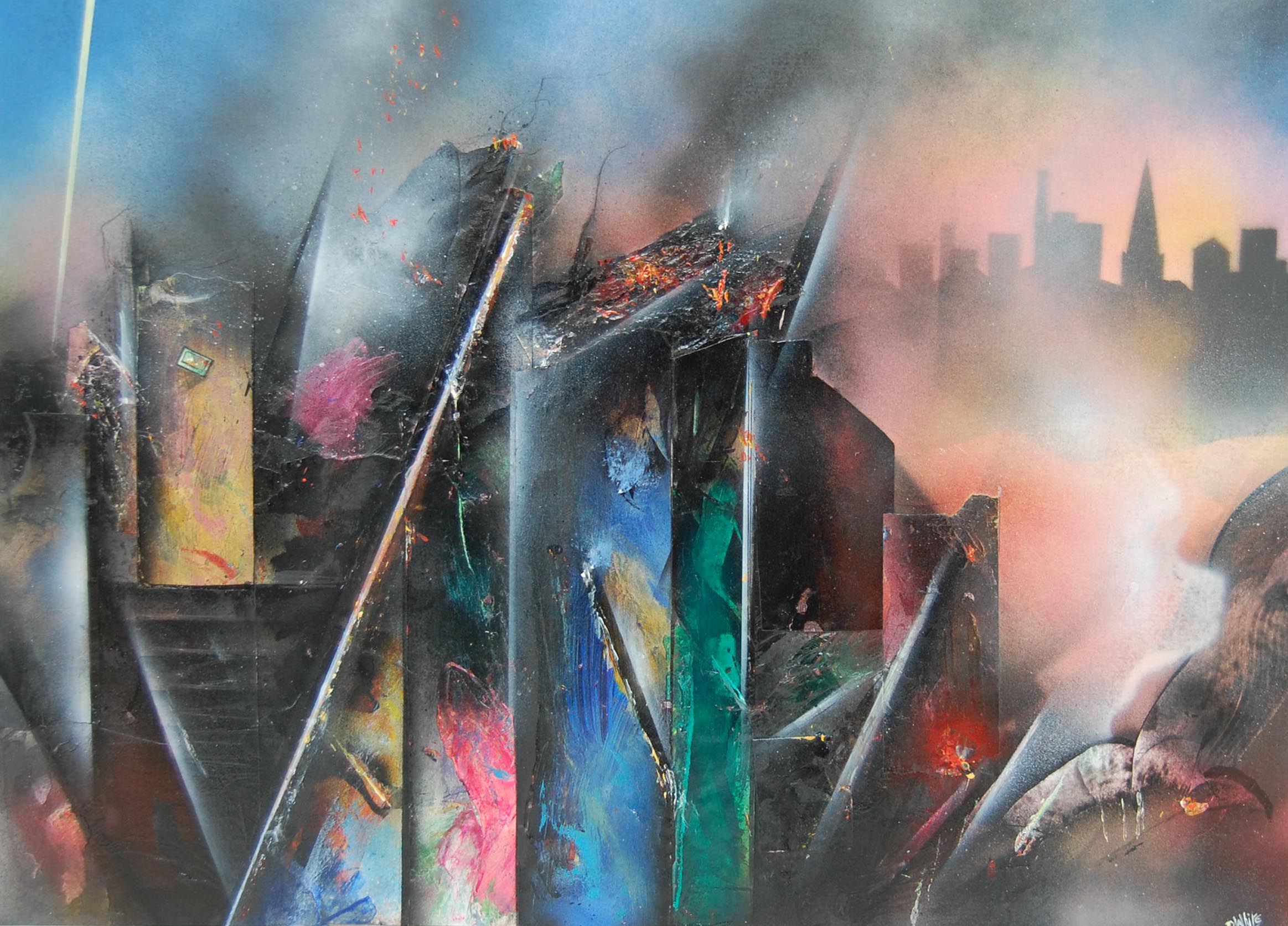 One of our aims is offer a showplace for the work of  artists who deserve greater recognition. David White is a veteran British artist who perfectly fits this category.  Now in his late seventies, David was an infant when the Luftwaffe was bombing British cities during World War Two. He became a pupil of the Manchester painter Norman Shacklock, aka David Wilde, whose vivid expressionist style is echoed in David's own work. He later made his way  as a graphic artist and illustrator, occasionally selling his paintings to collectors and galleries in London, Paris and Manchester.  This is the first time a comprehensive selection of his work has been shown in one place.