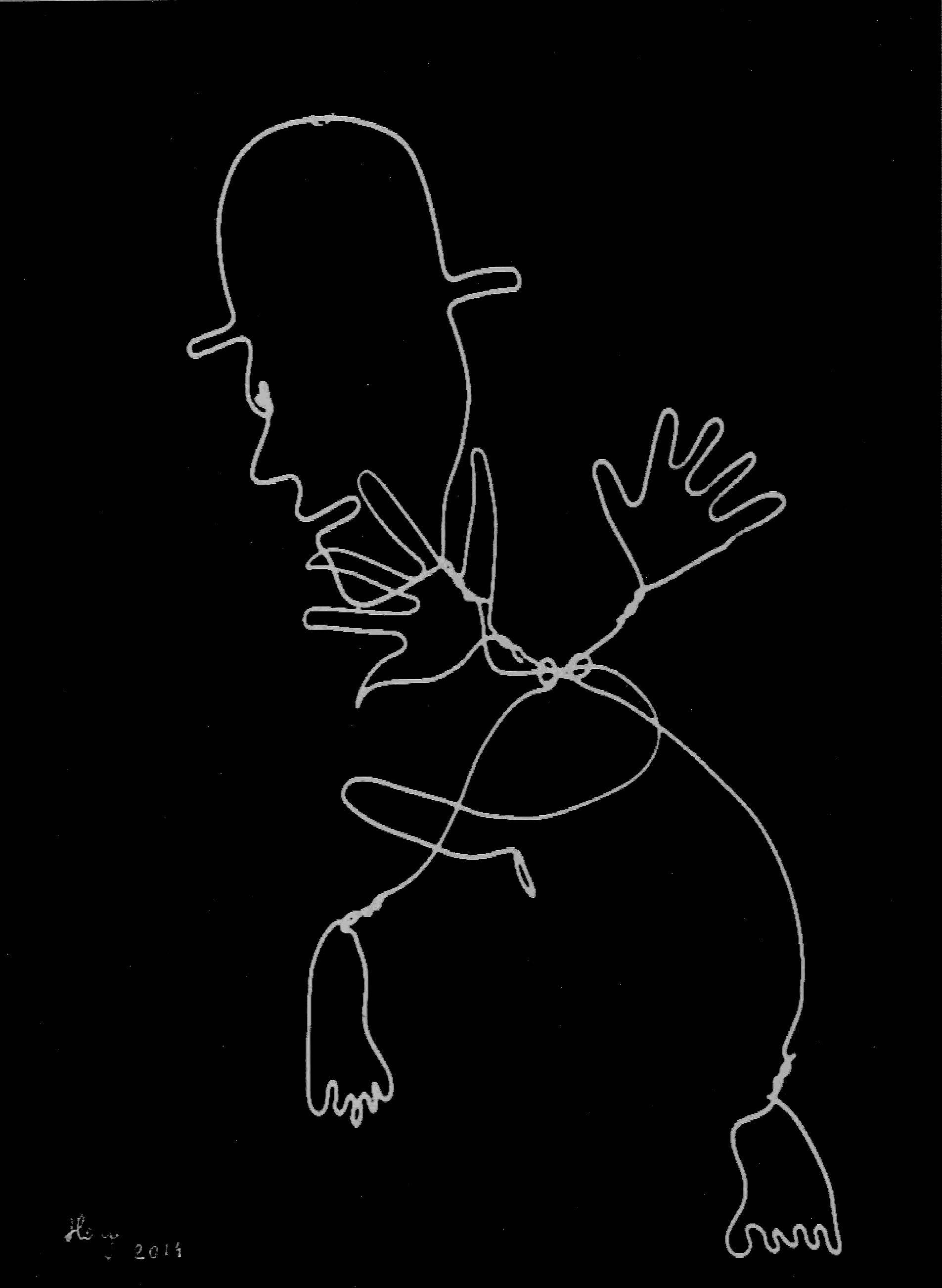 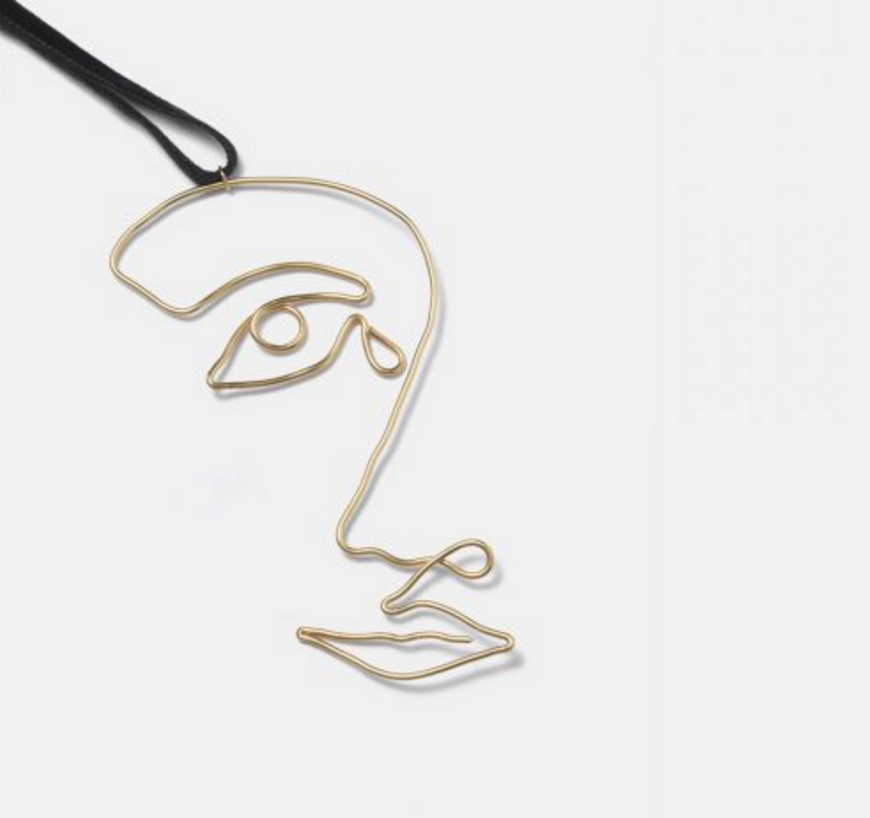 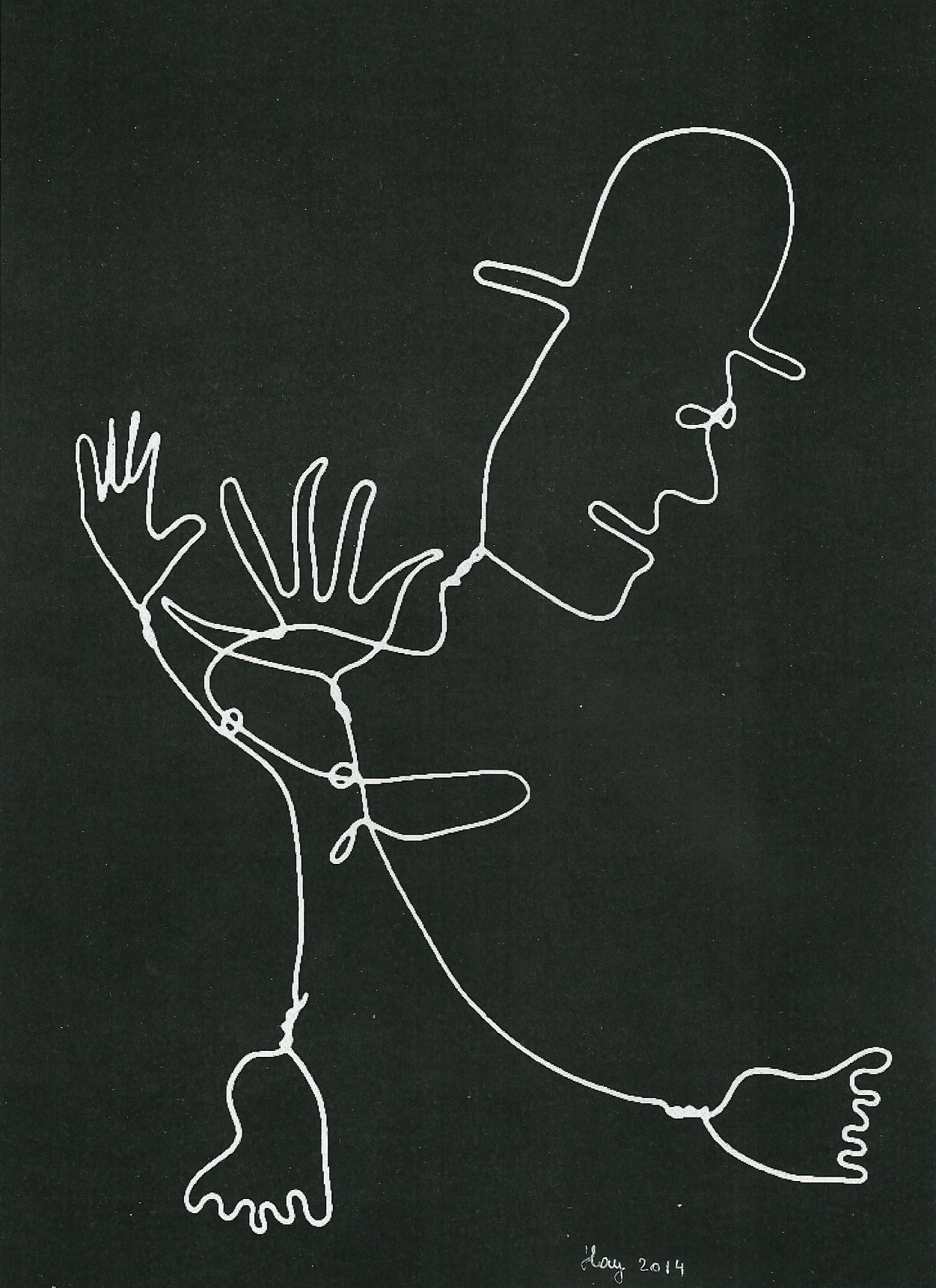 Man in a hat 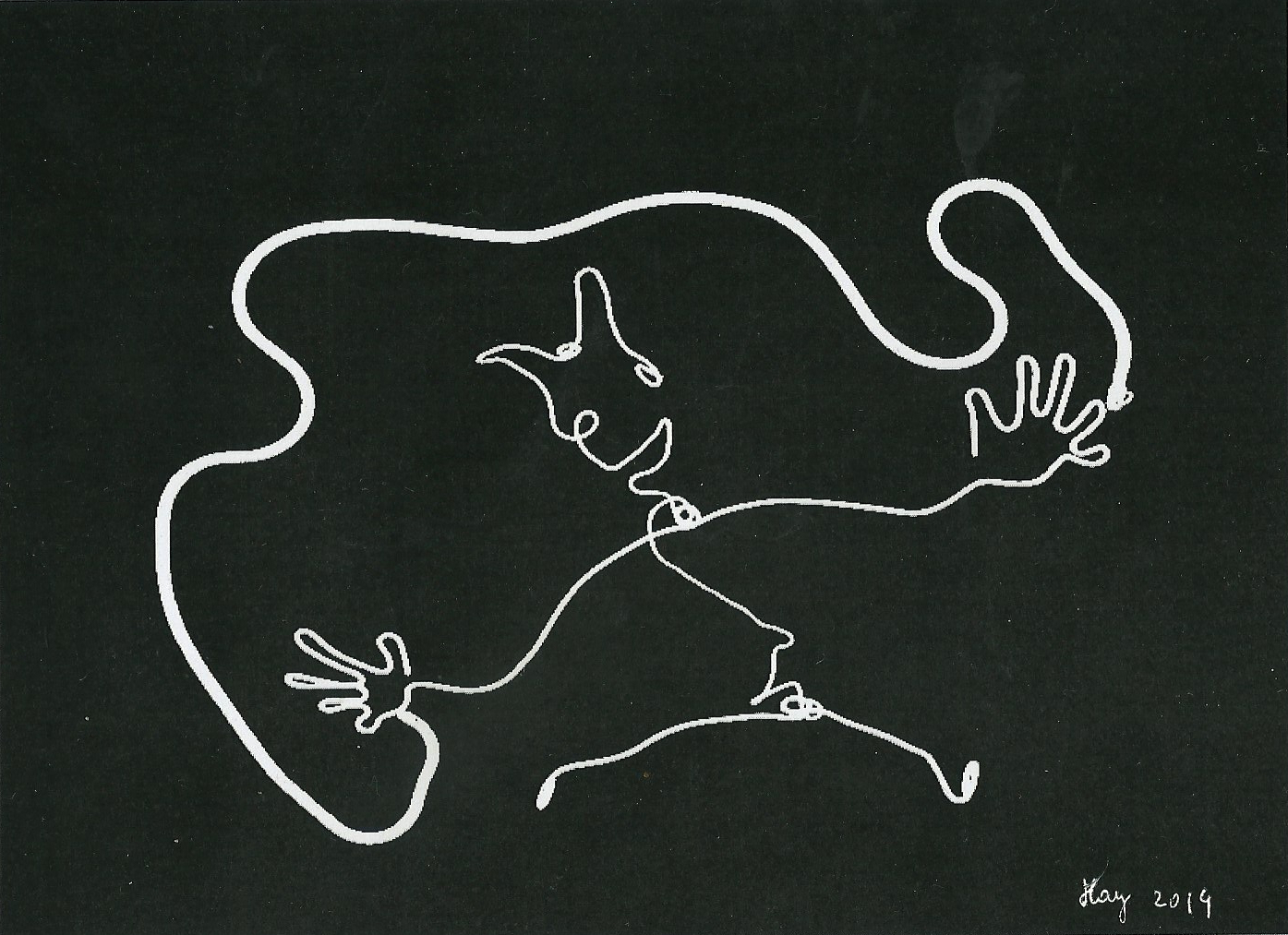 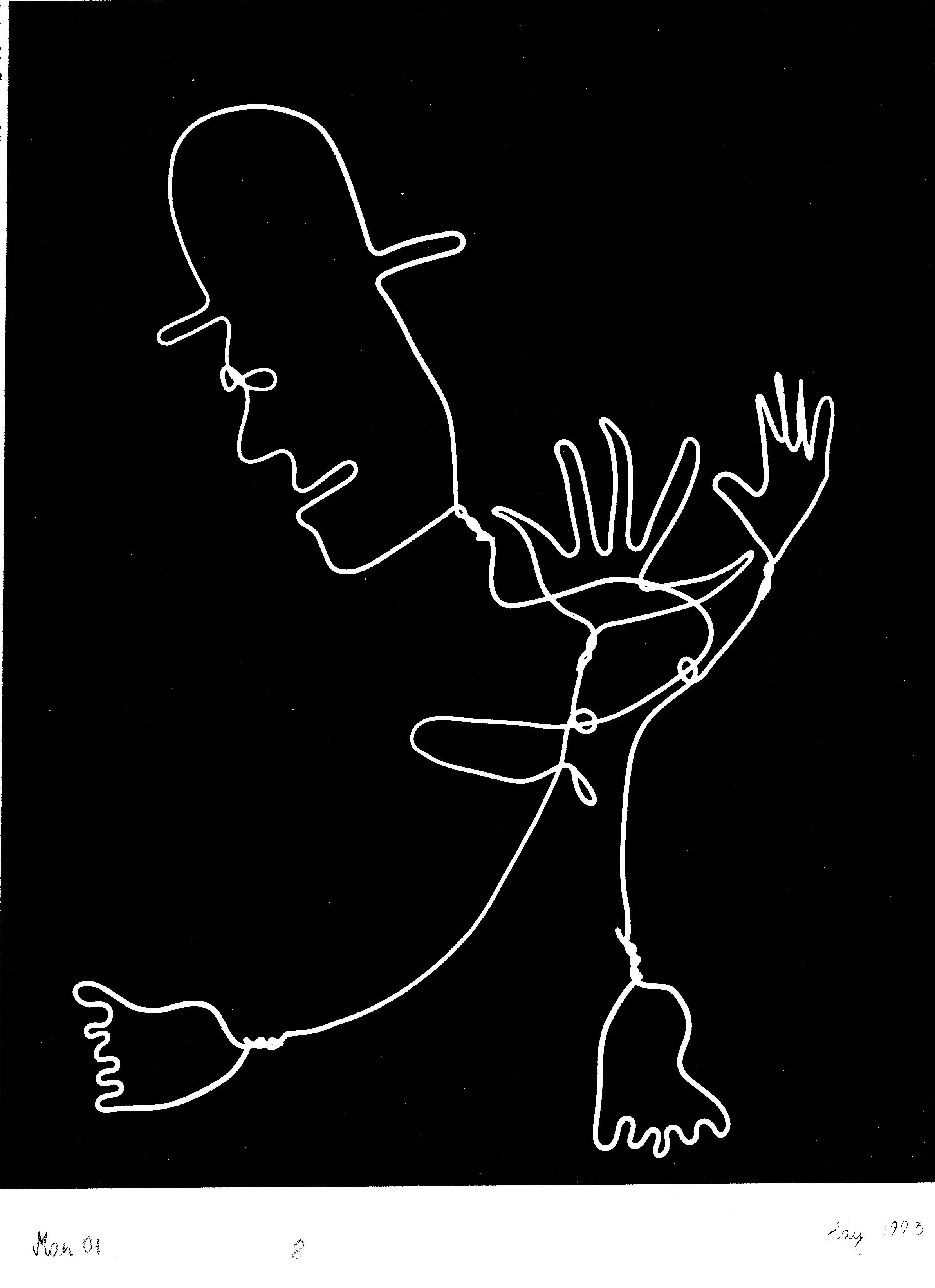 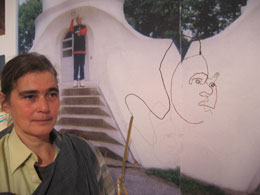 Agnes Hay is celebrated for her experimental art and films in her native Hungary. Her wire drawings are digital photograms, created by projecting light through small figures made of bent wire onto photosensitive paper. Regarded as subversive during the Communist era, Agnes was the partner of the dissident György Krassó, who came to London in 1985 to escape persecution by the Hungarian authorities. He is now hailed as one of Hungary’s greatest modern patriots.  Agnes now lives with their daughter in London.  A wide range of her other drawings and films can be seen at www.ndr.hu/HA/