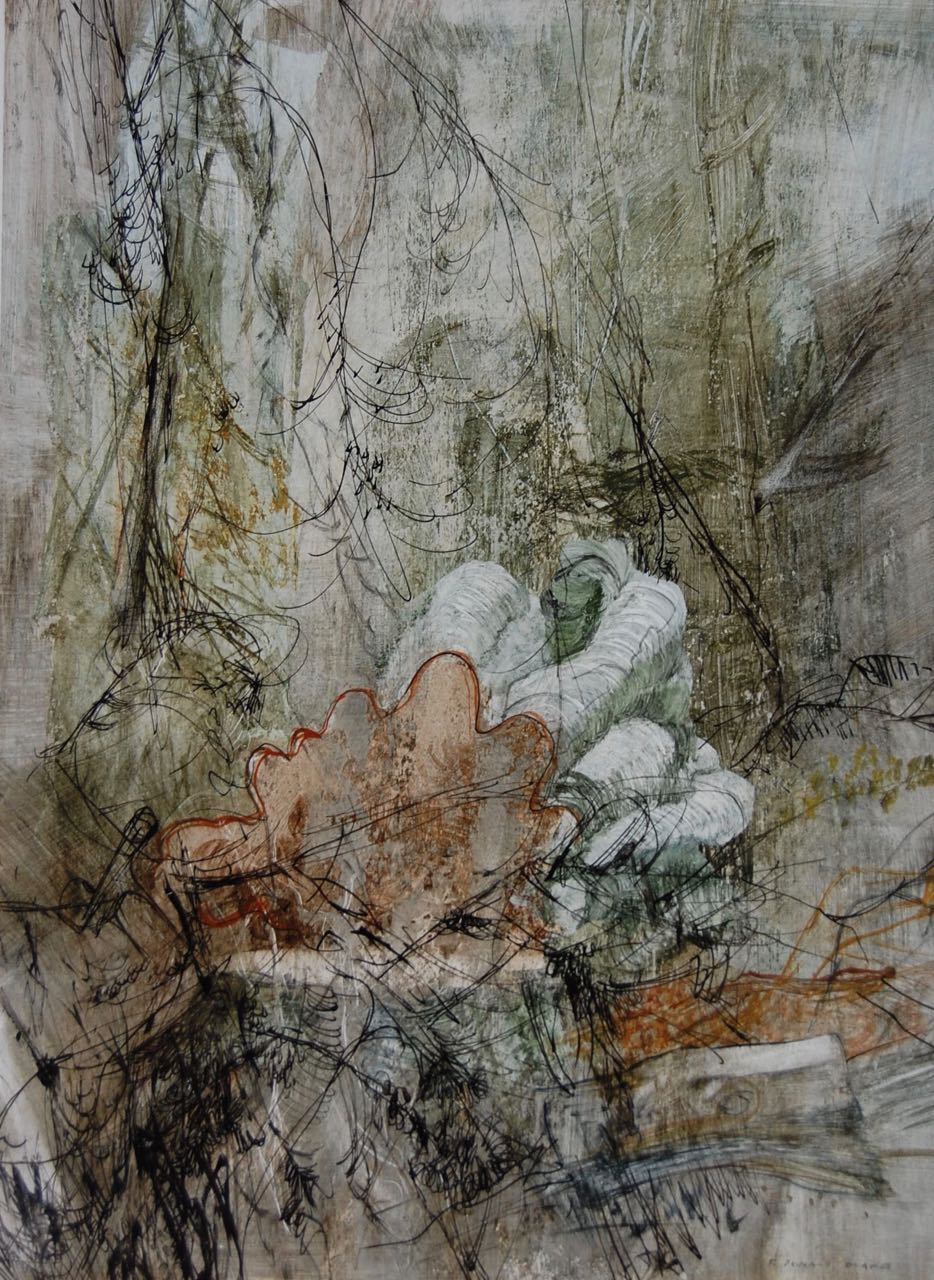 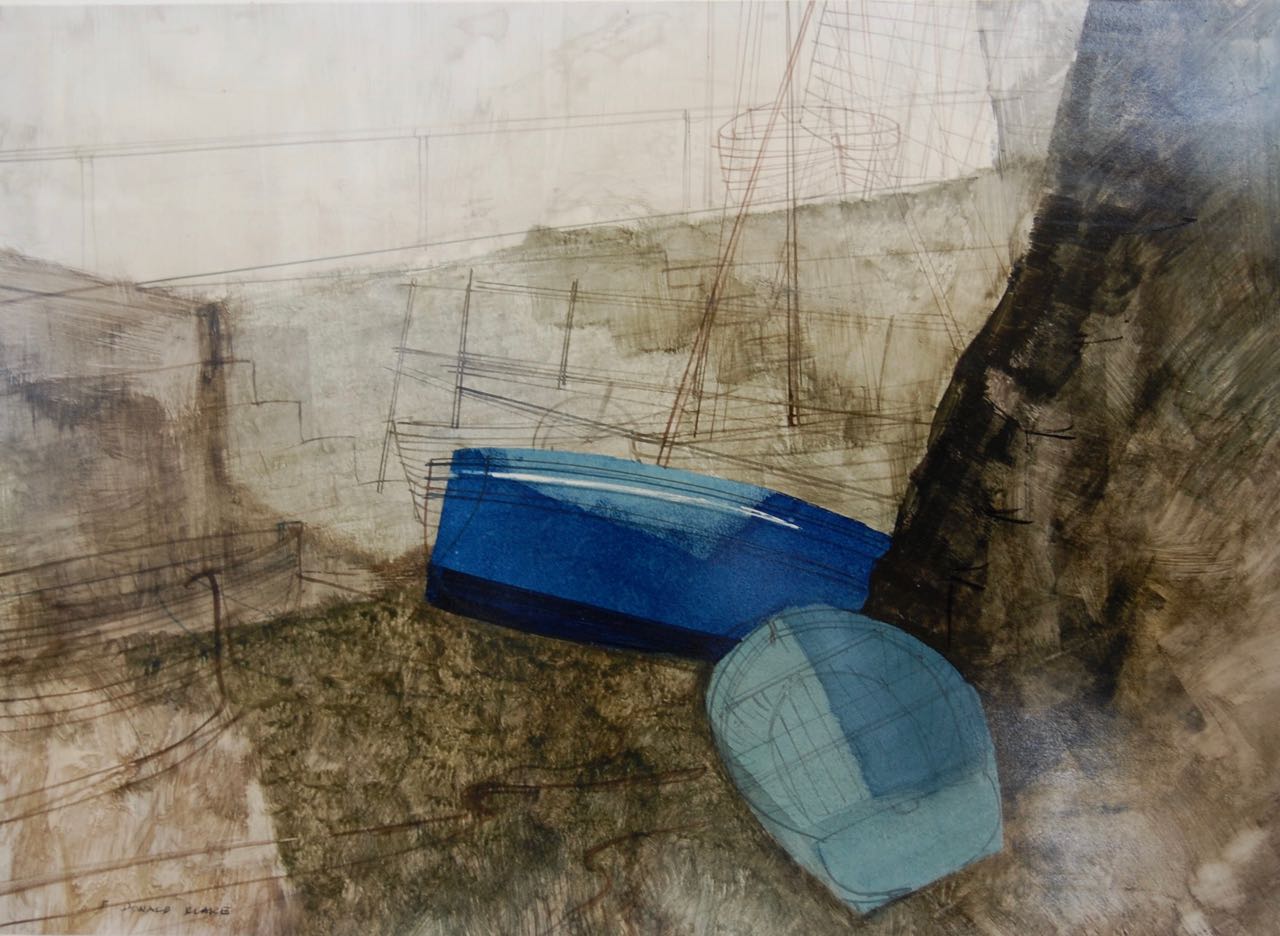 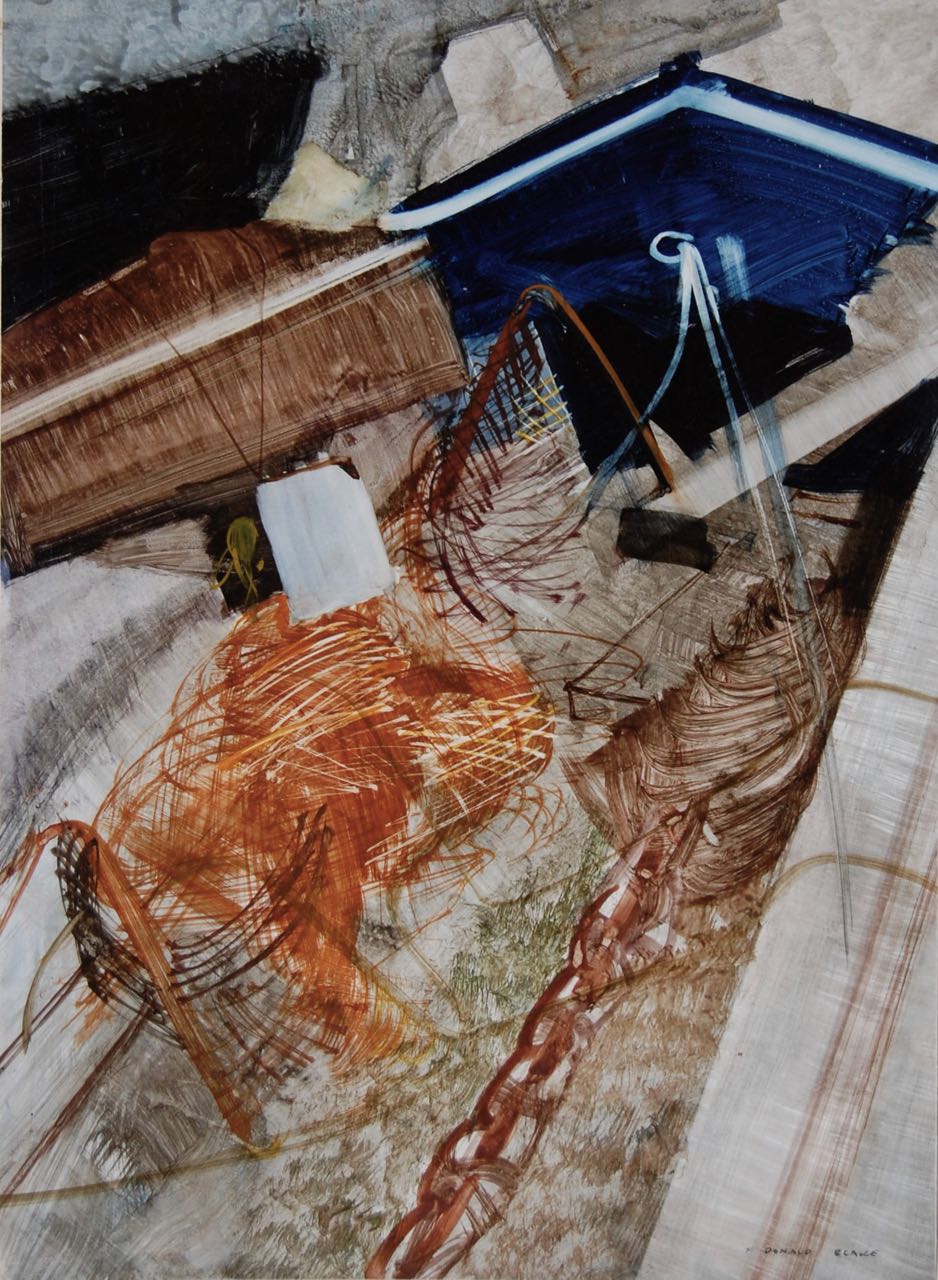 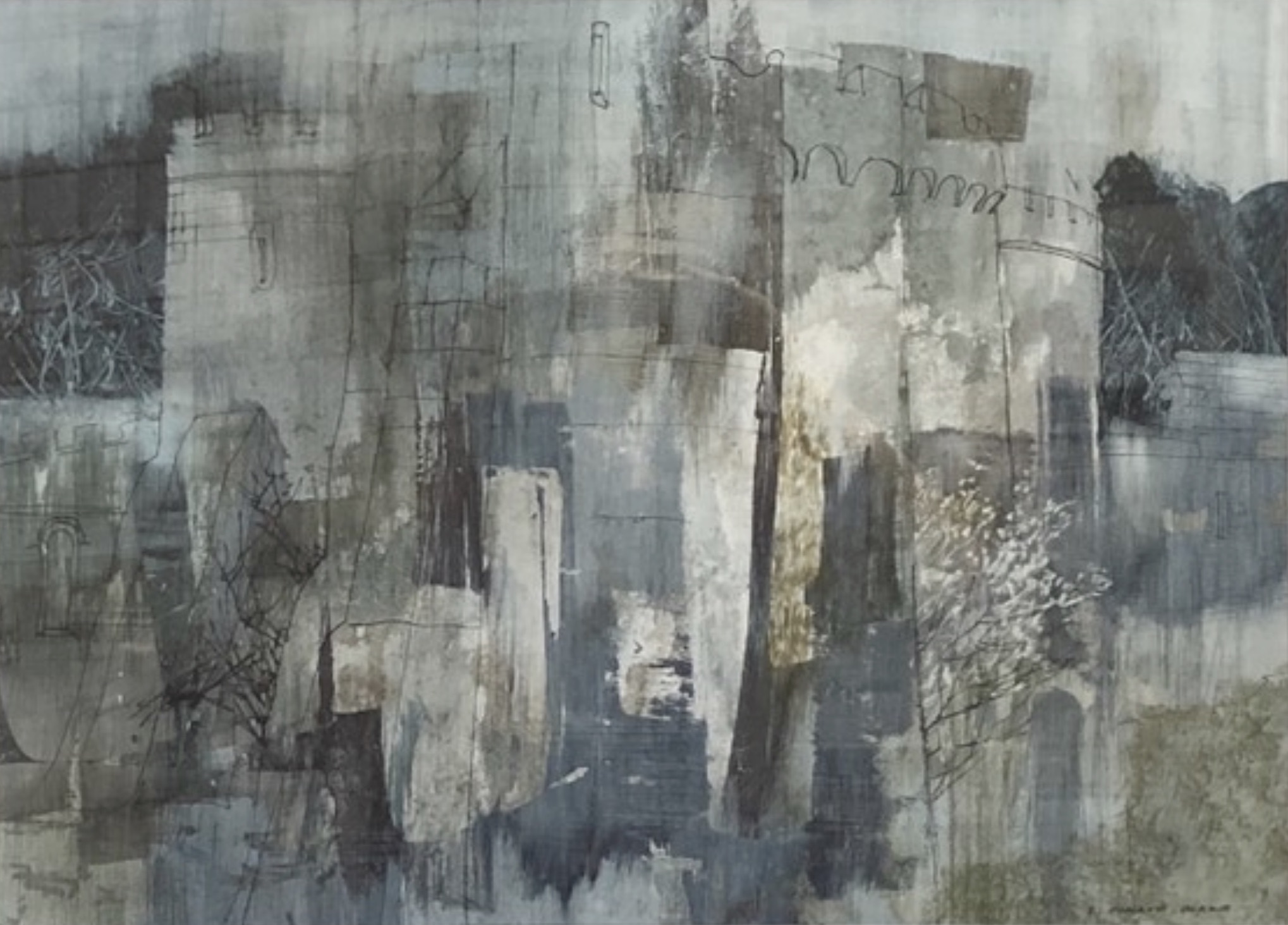 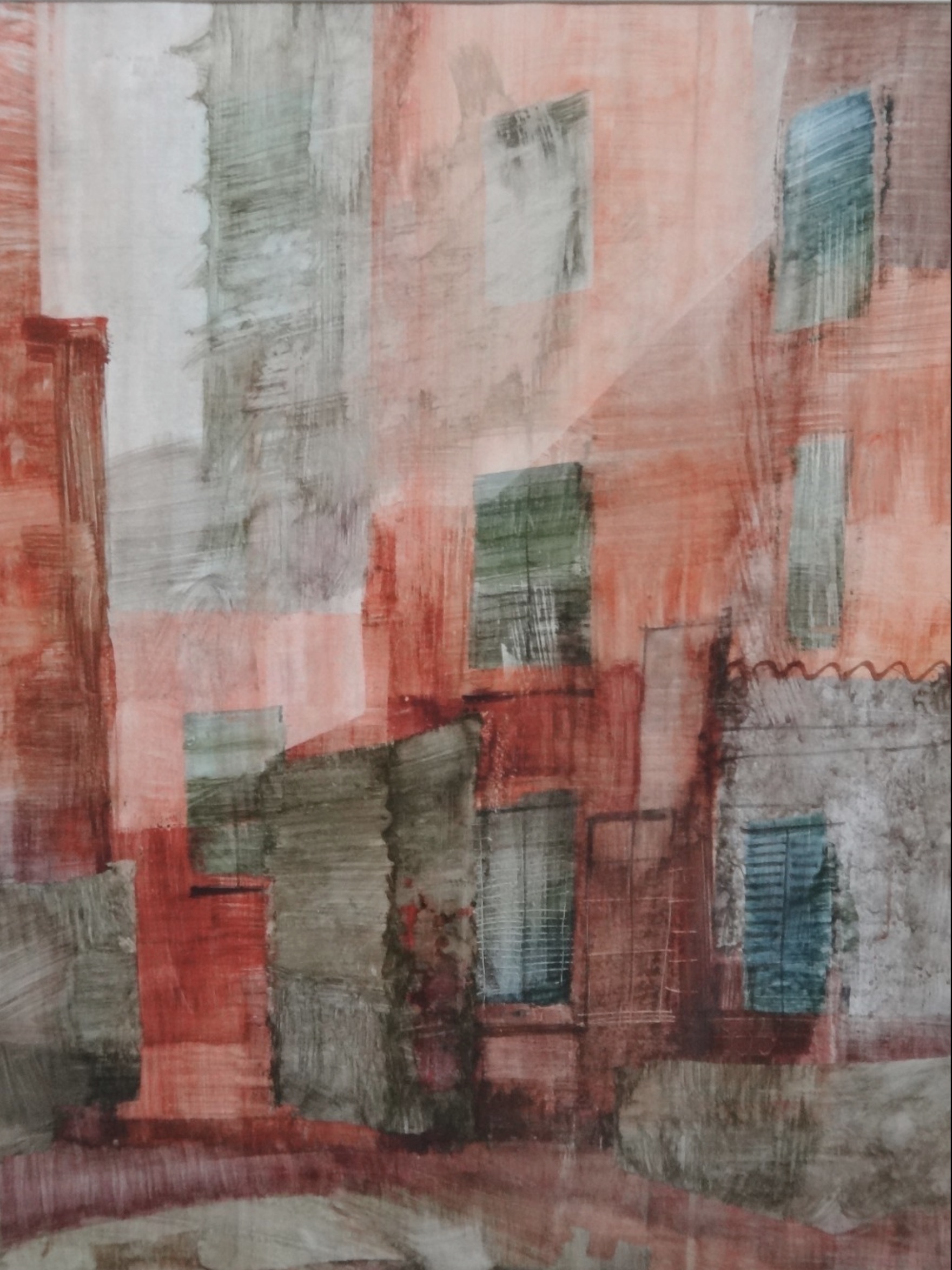 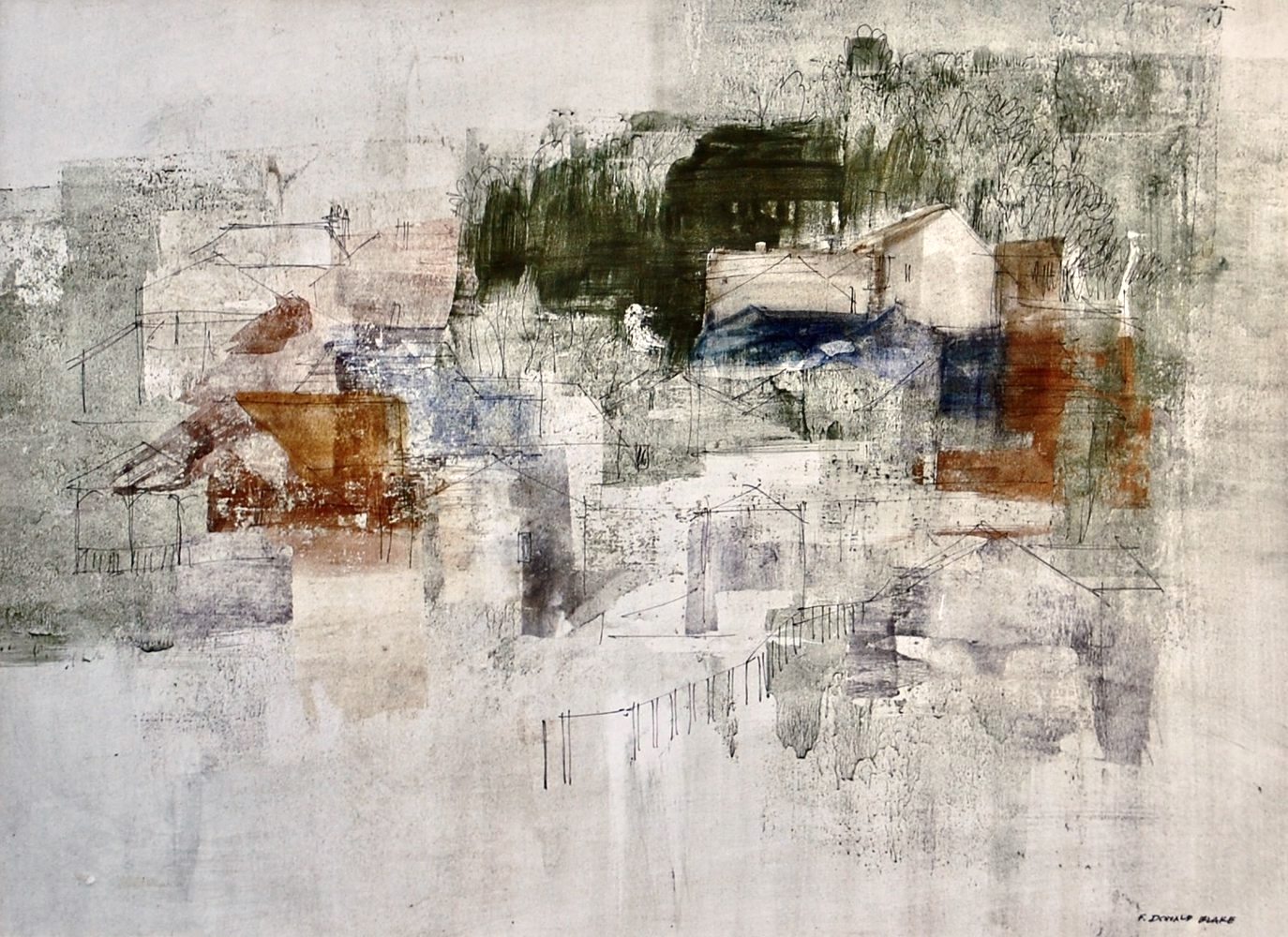 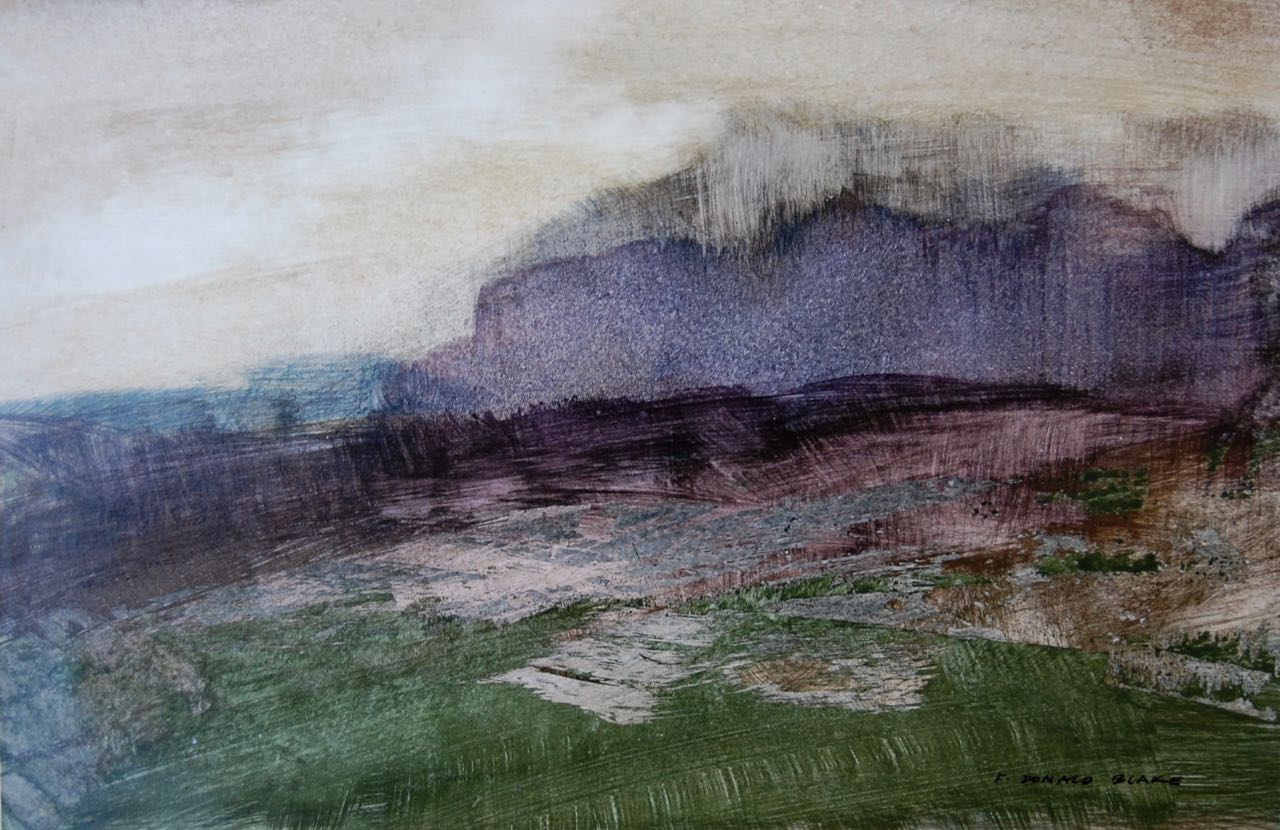 Frederick Donald Blake was a leading light of several artists groups in London in the mid 20th century.  Born in Greenock, Scotland in 1908, his family had moved to London when he was a child. He trained at Camberwell School of Art and at fifteen years of age started work as an architectural draughtsman in the interior design business. Early in 1940 he was drafted into a small group of war artists producing propaganda work for the Ministry of Information, and for three evenings a week worked for the Daily Express drawing war maps and impressions of battles. On the other nights he worked long hours as an Air Raid Fire Officer. During this period he began to exhibit his paintings. His  work was shown at the Royal Academy and other open exhibitions in London. After much experimentation he perfected the use of a clay-coated paper, which freed him from many of the limitations inherent in watercolour. Having finished the painting he would apply a coat of varnish, which added depth and dimension to his work. His technique that was unique, but above all it was the style and quality of his work that attracted  praise and attention.  In 1982, when he was 73, he won the Federation of British Artists' national competition for "best watercolour of the year" for a work created using the technique he had created. Many of the works shown here date from around 1970 and exemplify the original technique he had devised.  They were originally acquired from the Thackeray Gallery in London by the maverick collector Richard Cory Smith.